The Mouth of Truth: The story behind one of Rome’s most recognizable symbols. 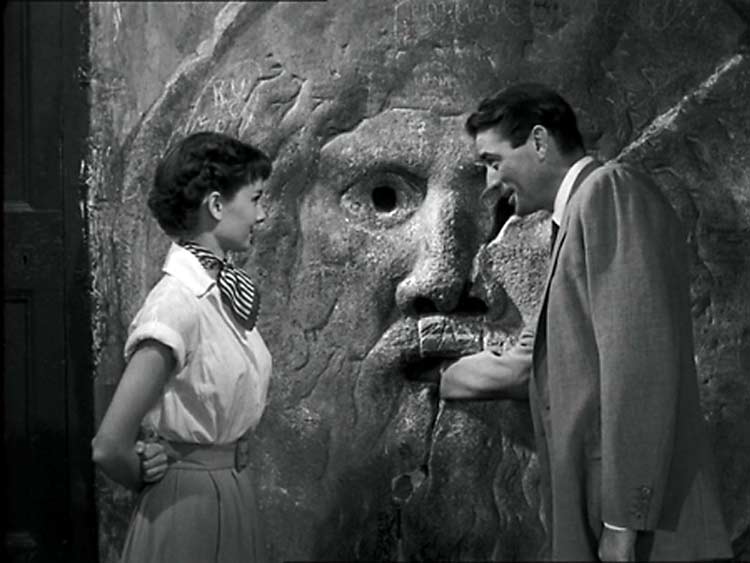 The impressive marble mask of 2866 lbs. And a Diameter of 5,9 ft. Leans against the portico’s wall of the left hand side of Santa Maria in Cosemdin. It depicts a divinity, most likely Oceanus or Jupiter with open eyes, nostrils and mouth. The origin and purpose for this marmoreal sculpture is not sure. It could have been a roof coverage permitting rain to trickle inside the nearby temple of Hercules Victor or a sacrificial alter of livestock in which the open orifices allowed blood to spill inside. The area today where Santa Maria in Cosemdin stands used to be the ancient location of the “Forum Boarium” were a cattle market took place next to the Tiber river.

During the Middle Ages the Mouth of Truth became a customary stop while trialing petty criminals. If the suspect laid a hand inside the mouth and he was telling the truth then he would have removed his hand unharmed. Instead if he was lying then the mouth would have bitten his hand off. In reality an executioner was hiding behind the mask armed with a sword. This primordial “Lie detector” has been rendered famous world wide thanks to the movie “Roman Holidays” starring Audrey Hepburn and Gregory Peck, making the Mouth of Truth one of their stops as they strutted around Rome with a Vespa scooter. Today a long line of tourist waits patiently their turn to place a hand inside the “Bocca della Verità” or Mouth of Truth and see if the Mouth decides if they are true of heart or if they’re lying.